Why are Personal Finance and Investing Important for women?

For every dollar that a man earns, a woman earns 74 cents. We all know about the pay gap, but a 2012 study found that the gender pay gap can only explain between a third and half of the differences in wealth between men and women (Ruel and Hauser 2012). We often forget how important it is to talk about the gender gap when it comes to wealth, investing, and retirement.

Women often go in and out of the workforce, lowering their contributions to their retirement funds. On average, women invest 40% less than their male counterparts. In the United States, when they reach retirement, women often earn half of the benefits that men do. In addition, women often do not invest as much as men prior to retirement and show more risk-averse behavior.

Why Start Now and Not Later?

Investing early is important because of the power of compound interest. If you invest $1,000 today and nothing after with an interest rate of 10%, you will have $117,390.85 in fifty years. If, on top of that, you add $1,000 every year to that initial investment, you will accumulate $1,281,299 by the end of the fifty years. You will have invested $50,000 and gained over $1,000,000 on top of that. While interest rates are not that high in reality, these examples illustrate why it might be smart to think about investing earlier rather than later. Regardless of your strategy, investing early has its advantages.

The interactive graph below shows exactly these benefits of compound interest by highlighting the difference in gains if you invest only $1000 as your total investment amount and keep your money invested for varying lengths of time. Notice the difference in gains if you remain invested for 30 years vs 50 years. Adding an additional $1000 each year on top of your initial investment can further enhance your gains! 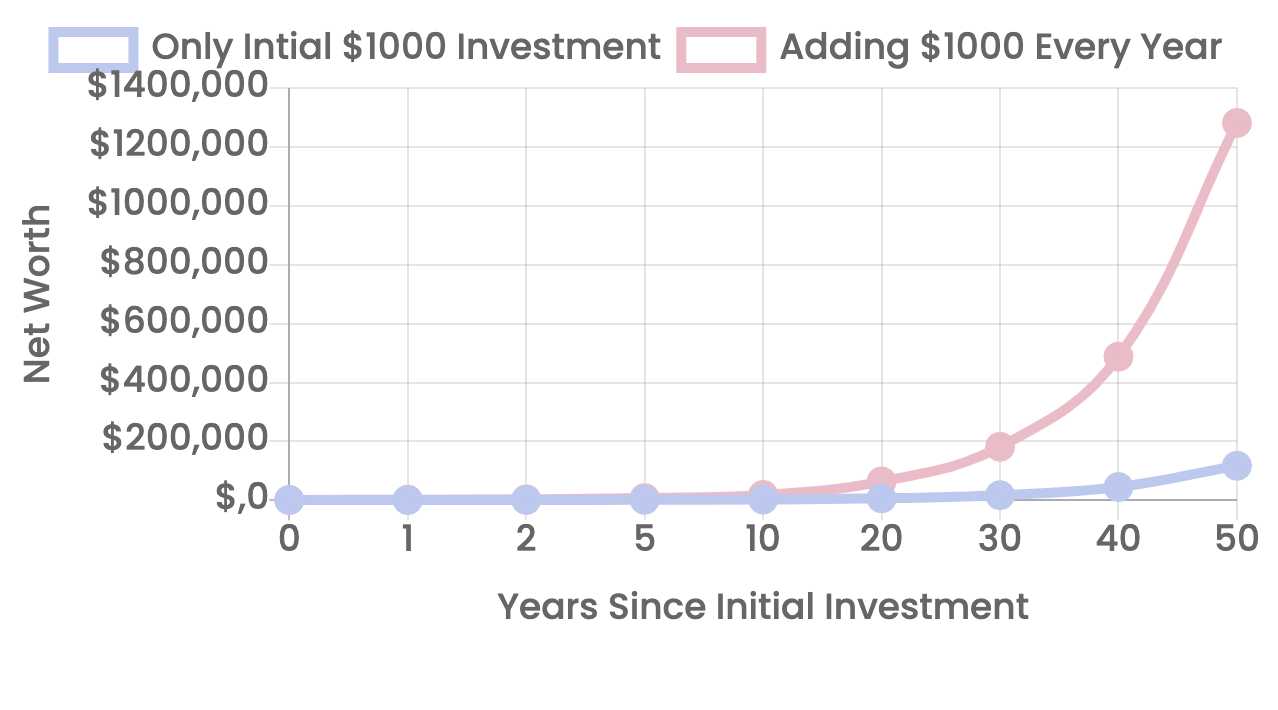